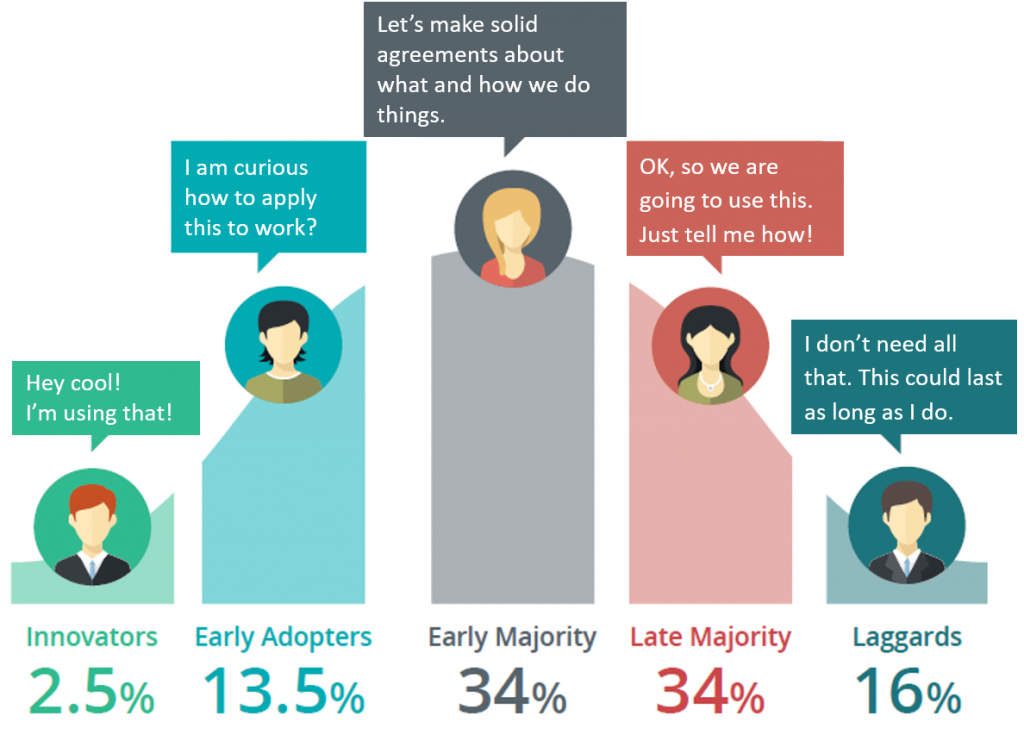 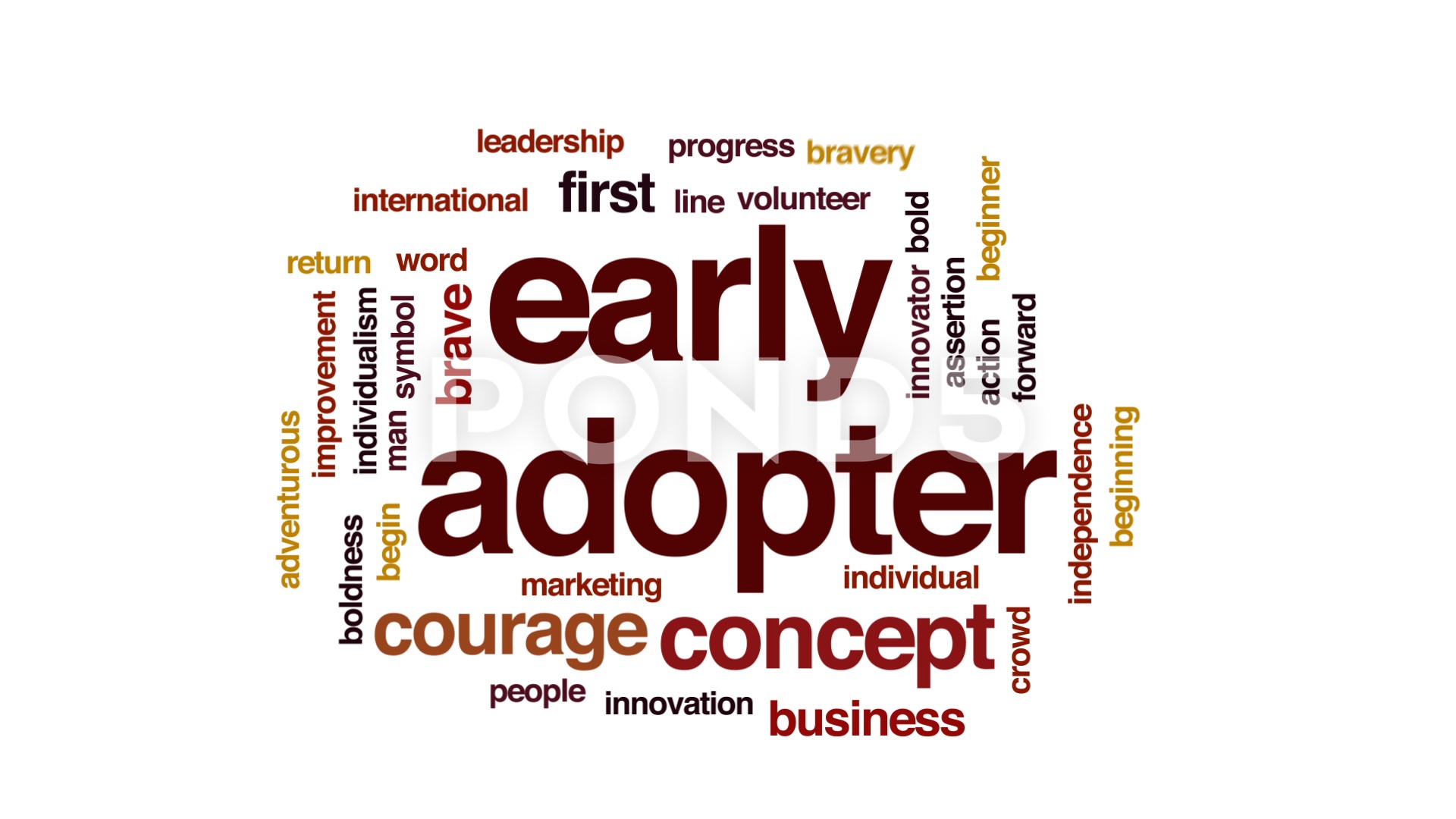 From The Interaction Design Foundation
In his book, Diffusion of Innovations (1962), Everett M Rogers the communication scholar and sociologist, describes 5 types of adopter for products and provides insight into each of those types.
The 5 Types of Adopter for New Products and Innovations:

The full description of the five types are on the Interaction Design Foundation Website.

Early adopters are the second phase of product purchasers following innovators.
These tend to be the most influential people within any market space and they will often have a degree of “thought leadership” for other potential adopters.
They may be very active in social media and often create reviews and other materials around new products that they strongly like or dislike.

Early adopters will normally have a reasonably high social status (which in turn enables thought leadership), reasonable access to finances (beyond those of later adopters), high levels of education and a reasonable approach to risk.
However, they do not take as many risks as innovators and tend to make more reasoned decisions as to whether or not to become involved in a particular product.
They will try to obtain more information than an innovator in this decision making process. 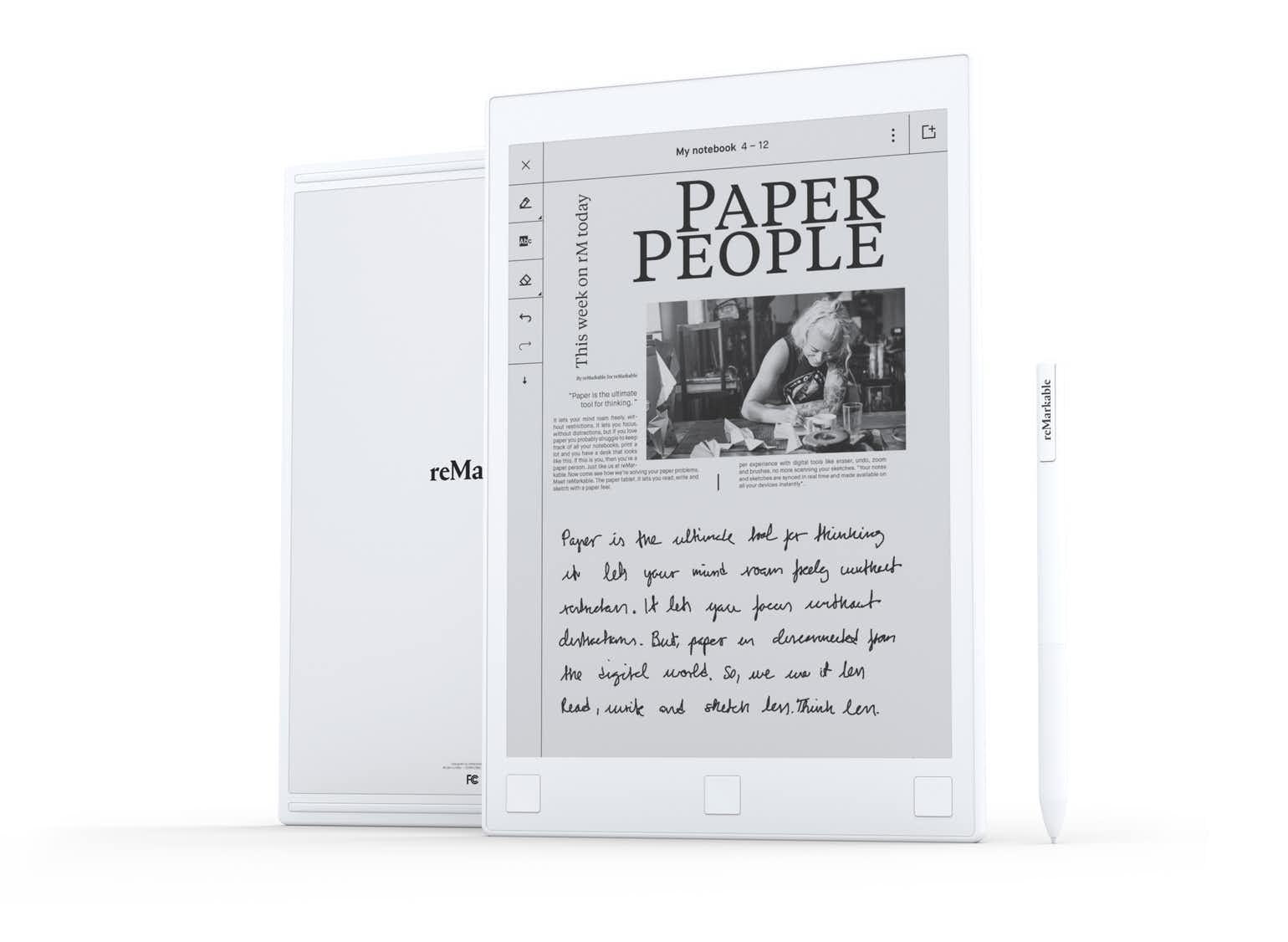 I use reMarkable The paper tablet.

reMarkable - the only digital device that feels like paper. A tool for note-taking, reading and reviewing documents.
No social media, e-mail or notifications. No distractions, just you and your thougths.

Digital notes. Paper feel.
reMarkable is the first digital device that gives you a pen-to-paper note-taking experience.
A note-taking system that makes easy to organize your notes and notebooks.

Read comfortably. Annotate directly.
With no backlight or glare, reMarkable offers a paper-like reading experience you won't find on any LCD display.
Annotate on your documents just like you would on paper - no printouts, no hassle.

A visualization powertool
Pen and paper is great for complex problem-solving. With digital tools like undo, erase, move, and many more, reMarkable is even better. 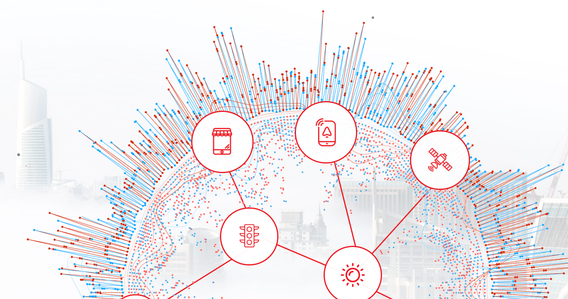 We have started to use near.co in 2016 to target our audience - Architects - on their smartphone.
WIth near.co, we get Better Data. And this Makes Everything Better
How Artificial Intelligence can help us leverage Human Mobility Data for advanced analytics and marketing

Once identified with their IMEI number, we are able to track them and send them messages on the apps they are using.
In April 2018, near.co launched a new very interesting functionality which is a bridge between the IMEI and IP address.
This means we were able to re-target the owner on the web and not only on the apps.

Rise is "The largest tech conference in Asia".

RISE is produced by the team behind Web Summit. In 8 short years, Web Summit has become Europe’s largest tech conference which last year attracted 70,000 attendees from 170+ countries around the world.
In July 2019, people from the world’s biggest companies and most exciting startups will come to Hong Kong to share their stories and experiences. They’ll be joined by major global media, hundreds of investors and thousands of attendees for three days of legendary networking.

RISE is no longer a singular conference, but as of 2017 home to many independent conferences. Each with its own stage, schedule, exhibition area, workshops, networking evening events and more.
For example, thousands of digital marketers will fly from more than 150 countries to RISE. PandaConf is their conference within RISE. More than 5,000 SaaS and enterprise buyers and sellers will also be at RISE. Saas Monster is their conference. Both these conferences alone are the largest global gatherings in their respective industries in the world.

The list of speakers is always very impressive. Only top speakers recognised in the Digital World for their contribution, experience...
Every conference last maximum 30 minutes, but most of them are 20 minutes.
This means it is short, intense. It gives the opportunity to attend many different conferences within the 3 days of the conference.